The bucchero handle ( p. 95 ) from A2 was fround against the foundation wall which defines the northern side of rectangle six. Immediately above this handle are parts of bucchero cups, one may be nearly complete, which are being lifted. tiles and pithoi fragments rest directly on the cups.

We decided to clear the face of the pise wall which runs NS. (This wall was found in rectangle 6; IE,   ). A small portion of its surface, a yellowish clay covering, had appeared previously and this is being followed north. At D4, just next to the wall and on the floor, was a bronze fibula ( p. 98 #1). The profile from the floor of the lower room, to the floor of the upper room, is the heavily burned stratum. 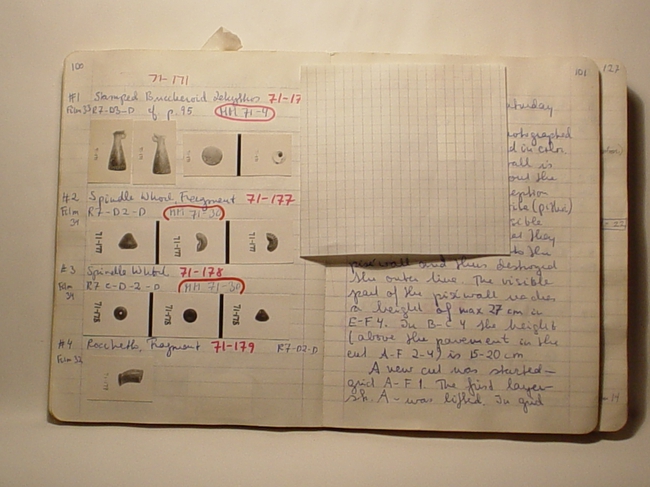