Excavation with brush and mestalina was continued in meter J/14 and the norhtern half of meter J/13 to a depth of ca. 95 cm.  The soil in the southwest corner of the northern half of meter J/13 turned to clean galestra at a depth of ca. 90-95 cm.  Elsewhere in the excavated area the soil was dark brown in color with some small stones and roots.  A notably darker pocket of burn soil, containing a high concentration of carbon as well as many small pieces of vitrified tile and possible slag fragments, was encountered directly in the middle of meter J/14 and the northern portion of meter J/13.  A large amount of impasto and

coarseware pottery was discoverd in the dark brown soil.  Much, but not all of this pottery was burned.  One quarter of a box of burned bone, a few small pieces of tile, and one bag of small fragments of vitrified tile and slag were also recovered.

Excavation with mestalino and brush was continued in meter J/14 and the northern half of meterJ/13 to a depth of ca. 100 to 105 cm.  The area of galestra encountered this morning in the southwestern corner of the norhtern half of meter J/13 remained restricted to the corner of the excavated area.  Elsewhere the soil was dark brown in color with increasingly heavy concentrations of carbonized wood, disintegrated yellow plaster, and small pieces of vitrified material.  In addition, further clearing revealed the area of heavier burn encountered previously in the center of meters J/13-14 to extend further into the eastern and western portions

of these meters at greater depths.  An increasing number of small stones were also uncoverd in teh darker brown burn soil.  These stones appear to be randomly placed, but further cleaning of meters J/13-14 will be necessary to determine this with certainty.  One half of a box of impasto and coarseware pottery was discovered int eh dark brown soil.  Again, most, but not all the sherds were burned.  One half of a bag of small pieces of vitrified tile and slag and a few pieces of burned bone were also recovered. 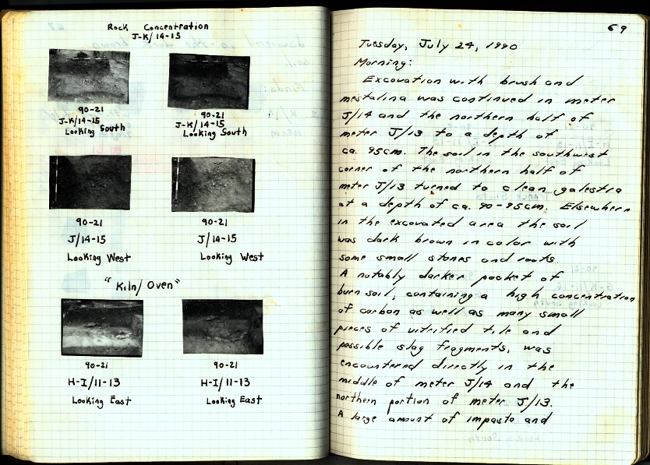 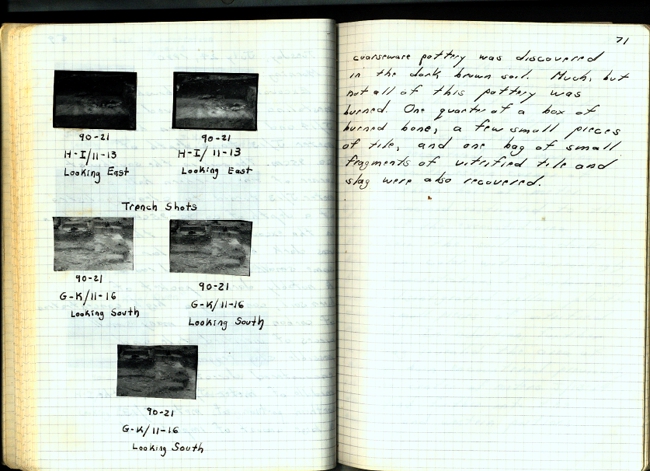 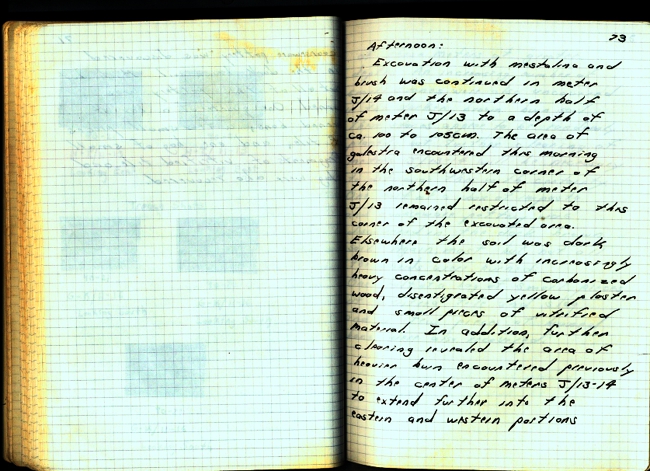 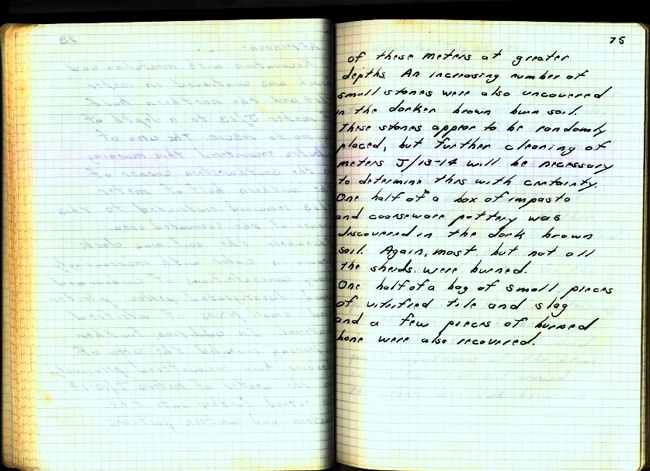